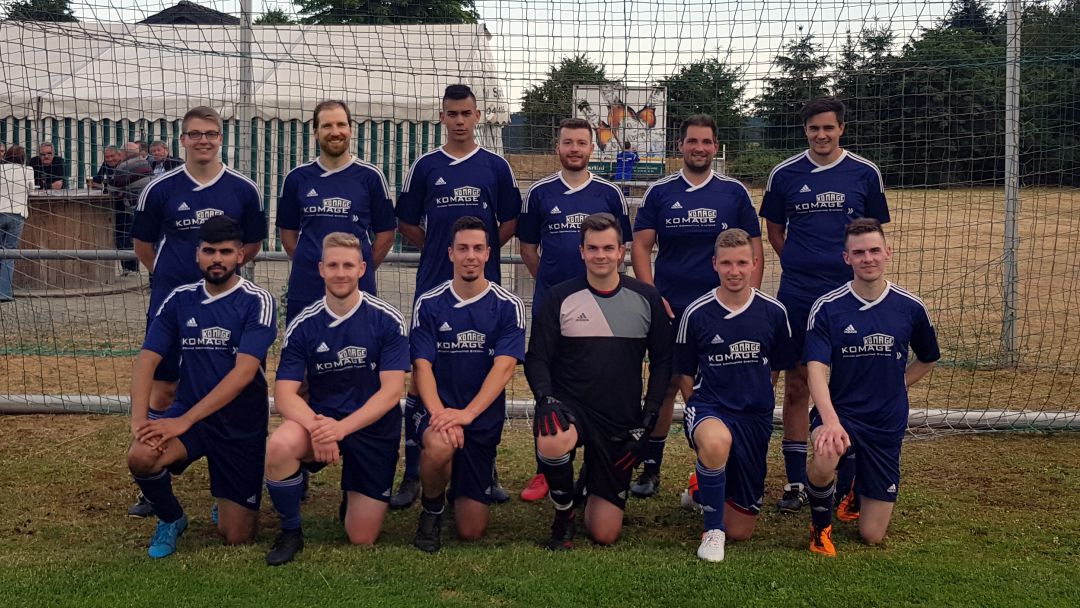 Yesterday after work Komage crew met for a friendly match in Rascheid. In a set of three-teams, it was played against the Sparkasse and Volksbank Trier. The playing time was 30min. After Sparkasse and Volksbank made the beginning, the Komage team played against the Volksbank, but endet only draw, as a goal was unfortunately not scored. After eleven-meter decision the result turned out in favor of the Volksbank. The second game against the Sparkasse ended, despite numerous chances in front of the goal and tireless duels in the 16m room also only a draw.
After the final whistle, roast spit and cool drinks were used to analyze the game moves and forge new strategies for upcoming games.