Using the example of the clamping lever for the automobile industry, the potentials of the chipless form production by means of powder press technology can be impressively shown. 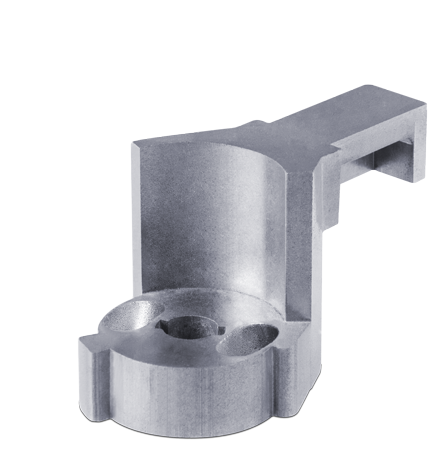 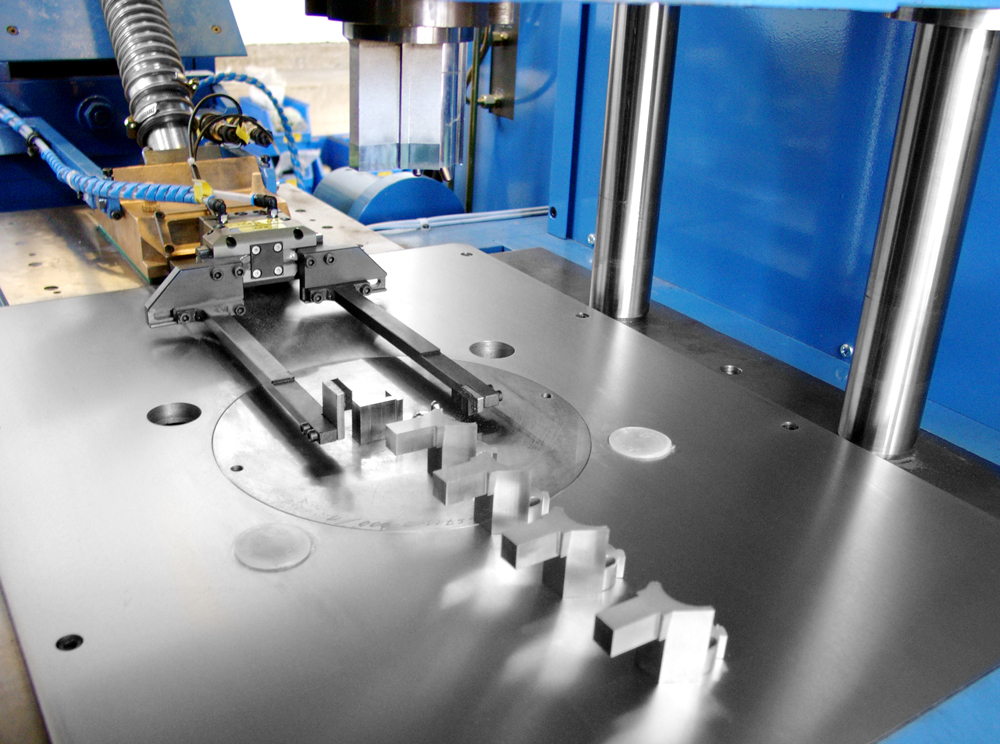 The project was preceded by an enquiry from the automotive supplier industry asking whether there was any prospect of manufacturing a tension lever from iron powder. Until then the product had been extensively machined from a semi-finished part. The manufacturer came under serious price pressure as the end customer was intending to reduce the purchase prices as quantities increased. Using conventional production methods (machining), production took around 7 h/part. This might be feasible for the production of prototypes and small series but is quickly pushed to its limits for larger quantities.

In the second stage of the project, therefore, a semi-finished part was manufactured at the customer's plant using existing mechanical presses. Due to the pressing process, this part has already received the labor-intensive external contour of the plan view. The cylindrical shoulder and the latch in the lower region were machined after heat treatment (sintering).
As a result of this, the manufacturing time was shortened to around 1.8 h and productivity was increased. However, it emerged that after the launch phase this product would be manufactured in industrial scale quantities which are common for the automotive industry in the premium segment, e.g. 50 - 100,000 items/month. In an advisory meeting on site, Komage drafted the concept for the near-net shape press sequence jointly with the customer and also promised true-to-contour relaxation of pressure on the green part as a result of performing the pressing process without fixed stops.
As a minimum requirement for the number of units, it had to be possible to produce at least 4 parts per minute which would justify the investment in the new press system alone. As it turned out later, a series of program and tool optimizations ensured that this target was clearly exceeded.

The customer subsequently invested in an experimental tool, which was produced in collaboration with the engineering design departments. The very first setup and test on our pilot plant machine (a freely programmable hydraulic press of the S series) impressively highlighted the possibilities, and as a result led to intensive business relations between the companies involved.