The history of our traditional company, which is now in the fourth generation of family ownership, goes back to the beginning of the 20th century.

In 1908, Bruno Pahlitzsch set up a factory for manufacturing tableting machines in Berlin. As in those days people didn't talk about "pressing" but rather about "compressing", the brand name of Komage was formed from the initial letters of the words Komprimier-Maschinen-Gesellschaft. 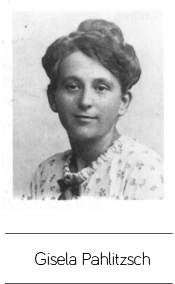 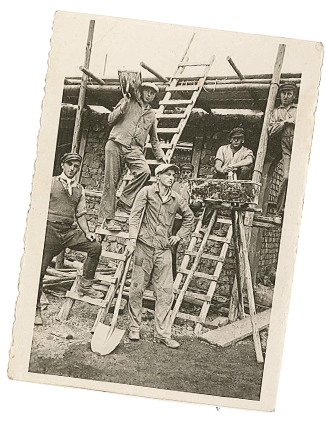 We made such a good name for ourselves due to the quality and reliability of the products that it was necessary to expand the premises as early as the 1930s. In the meantime, a new generation had taken over the management. Bruno's daughter Gisela Pahlitzsch married Dr. Hermann Gellner, a lawyer from Kell am See in the Hunsrück region of Germany. Despite moving to Berlin, he had not forgotten the hardship that existed in the mainly agricultural region where he grew up and, as a result, the couple decided in the 1930s to relocate Komage to Kell am See. To do this, they first looked for capable people from Kell am See who could be trained in Berlin as skilled workers in metalworking or office management careers. These people were then given permanent jobs in Komage's new plant in Kell am See which was set up in 1938.

Relocation
to Kell am See

As a result of Dr. Hermann Gellner's initiative of creating a skilled workforce in his home area, Kell am See also became an interesting location for other companies. Thus the Gellner family created the conditions which enabled Kell am See and its surroundings to evolve from a poor, mainly agricultural region into an area with a large number of industrial settlements and its inhabitants benefited from the prosperity which went hand in hand with this. 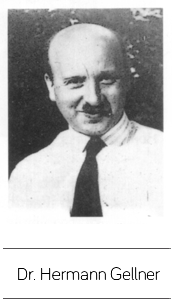 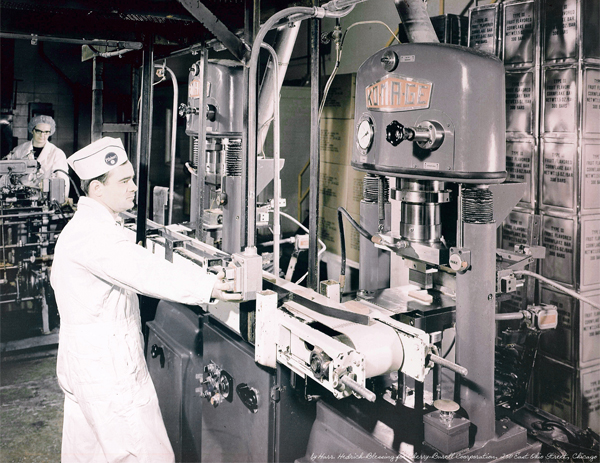 Dr. Hermann Gellner died in 1950. His widow handed over the company's commercial management to her brother-in-law, the lawyer Ludwig Gellner, and the technical part of the company to her son Herbert. Herbert, qualified as an engineer at university, was able to lead Komage into a new era. In due course the company evolved into a manufacturer of automated presses for all powder-based materials. Herbert Gellner died in a tragic accident in 1986. His daughter and her mother took up the challenge of continuing to manage the company independently. After finishing school, Margit Gellner-May joined the family business and, having gained her degree in business studies, she took over the management in 1995.

Komage: Our future
The next hundred years

In the course of more than 110 years of corporate history, Komage has evolved from a medium-sized company manufacturing powder presses into a system supplier. In practice, this means not only offering the production of powder presses with different operating principles but also the option of designing press systems entirely in line with customers' requirements, of equipping them with appropriate automation or handling solutions, and of responding in this way to the specific needs of each product.

Komage therefore sees itself not merely as a manufacturer of presses but rather as a problem solver. This is where our high level of vertical integration proves to be an advantage which meets a large number of customer requirements. 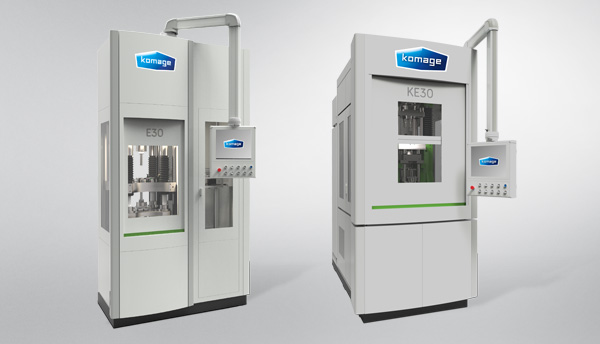